Posted by achitkyithu at 9:58 PM 3 comments: 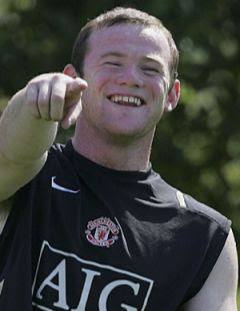 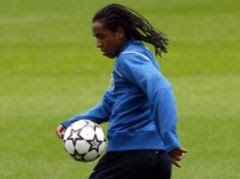 Get to know... Anderson
With a deal in place to bring Anderson to Old Trafford from FC Porto, here's 10 things you need to know about the Brazilian midfielder...
1 His full name is Anderson Luis de Abreu Oliveira.
2 He signed for Brazilian Club Gremio in 1993. When he was just five years old.
3 Made his first team debut for Gremio when he was 18 years old.
4 He appeared at the FIFA U17 World Cup and won the Adidas Golden Ball for the most valuable player of the tournament. Previous winners include Cesc Fabregas of Arsenal.
5 During his time at Gremio, he helped them to win promotion to Brazil’s top division, scoring the crucial goal in a game against Nautico.
6 Anderson made only five first team appearances for Gremio before joining FC Porto.
7 This season for FC Porto, he appeared in 15 games, nine of them from the start and grabbed two goals. But he would have played more frequently were it not for a broken leg suffered in October.
8 In eighteen months at FC Porto, he won two Portuguese titles including a domestic double in 2005/2006.
9 Brazil’s World Cup winning coach Mario Zagallo said of Anderson “everything suggests that he is going to be a superstar, a prodigy as he has undisputable quality.”
10 Despite having never appeared for Brazil at full international level, he has been called up by Brazil coach Dunga for the Copa America in Venezuela next month.
Posted by achitkyithu at 4:28 AM 1 comment: 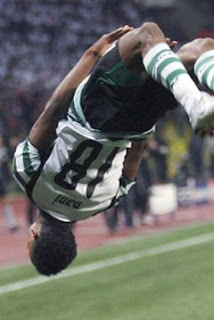 Nani
ManUtd.com picks out 10 things you should know about rapid winger Nani...
1 His full name is Luis Carlos Almeida da Cunha.
2 His first club as a boy was Real De Massama before joining the youth set up at Sporting Lisbon.
3 He broke into the first team at Sporting Lisbon when he was just eighteen-years-old.
4 In the 2006/2007 season, he made 29 appearances for the first team scoring five goals along the way.
5 He helped Sporting Lisbon win the 06/07 Portuguese Cup.
6 Nani appeared for Portugal's Under 21s in the summer of 2006, appearing in all three games that Portugal played in the tournament.
7 He first strode into the spotlight with a wonder goal in the Champions League against Spartak Moscow.
8 In September 2006, he won man of the match and scored on his international debut for Portugal against Denmark.
9 As a child, Nani played football with former Portsmouth and Everton midfielder Manuel Fernandes
10 Old Trafford goal celebrations are going to take on a more spectacular air next season. Nani’s own routine comprises of a back flip quickly followed by a somersault
Posted by achitkyithu at 4:15 AM No comments: 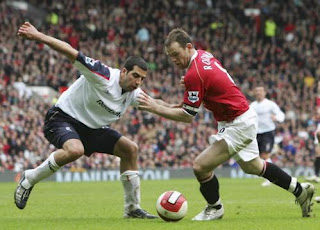